During the Year End Event, Envirolution announces winning projects and selects projects to be implemented throughout the school year.  Funding is secured by several parties, including local school districts (for the renovation projects). We collaborate with CLEAResult and others to ensure accurate energy savings and the rebates from NV Energy are then used to fund additional projects in the future.

To date, student projects have:

Green Business Program (GBP) provides schools the opportunity to become certified green schools. In partnering with Envirolution, they perform a hands-on audit of the school and utilize a web-based software program that will track and collect metrics of the school. This program allows students in Project ReCharge to assist with the green audit to enhance their curriculum studies and provide them with real-world experiences. By becoming a green school, the school will save money, reduce the drain on local resources, and be identified as a green school in the GBP national database. For more information on the Green Business Program: click here

Support the Implementation of Student Projects

If you would like to support future sustainability leaders, consider financially supporting their energy efficiency and sustainability projects. Your donation will go towards implementing student projects which will help them reduce energy consumption and cost in their home, school, and community while also reducing carbon dioxide emissions. With your support students will have the opportunity to take ownership of their environmental future today that will impact the world tomorrow!

Projects To Be Implemented 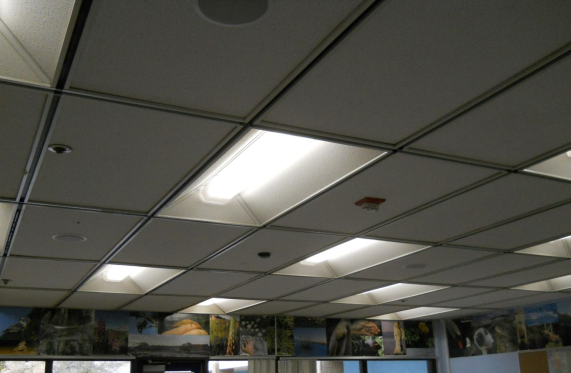 In 2019, Heritage Home-school completed a lighting proposal that replaced incandescent bulbs with LED bulbs. They had a negative return on investment of 4.3 months when they paired their savings with the NV Energy rebate! Each year the LED lights will save them 14,374 kWh and $1,509 and they have reduced their schools annual carbon dioxide emissions by 22,000 pounds!

Students from Mr. Coli’s Energy Technologies CTE class performed lighting audits and data analysis on lighting upgrade options during the 2017-18 school year program.  By the end of August, over 850 fixtures throughout the school were replaced with more efficient LEDs. Total savings: $72,020 and a reduction in the school’s annual CO2 emissions by over 467,000 lbs!

Marie Smith’s students worked over nine weeks on their Project ReCharge proposals and were acknowledged for their efforts with an ice cream celebration hosted by McKinstry and Envirolution.  In May 2018, 988 fixtures were replaced with LEDs throughout the high school. Total savings: $41,990 in energy costs and 272,289 lbs of CO2.

This project helped replace over 400 fixtures with energy efficient LED lights. The Dilworth STEM Academy was able to save 129,000 kWh, $16,770 in energy costs and reduce 108,747lbs of carbon dioxide emissions.